More thoughts on the “Fat Trap” (pt. 2) — Trying not to strangle skinny people…

Part 2 in a series discussing The Fat Trap

and it triggered something of a landslide of reaction and comments.

This blog post you are reading now is part two of my extended commentary on this most awesome article.

Keep reading if you like but things will make more sense if you jump back and read Part One first.

You can be skinny and unhealthy.

You can be fat and unhealthy

You can be fat and healthy

You can be fat and unhealthy.

Because so many fat people are indeed unhealthy, all of us when we converse and when we write, tend to use fat as a synonym for unhealthy/unfit.  And we shouldn’t.  Because it is a false correlation.  Just because all chocolate cakes are cakes, it does not mean all cakes are chocolate.

I have a friend who is a spokesperson for the HAES moment: Health At Every Size 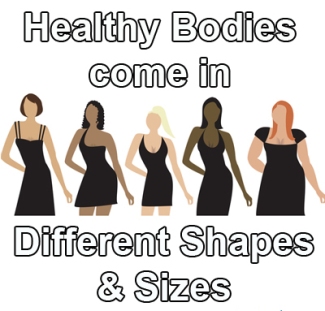 And their primary message makes sense to me: that you can be HEALTHY and fat, or thin, or a little chubby.  I’ve seen the evidence with my own eyes.

My friend is an amazing athletic person. And she is as round as a butterball turkey.  We’re talkin’ folds of fat and she runs marathons and she dances and she is extremely active. She can bench press more than most full grown men weigh.  She has the cardiovascular system of an athlete.  And she carries a lot of fat.  Bravo!

The HAES moement strives to point out that it IS possible to be HEALTHY at EVERY size and that one should not automatically assume that just because a person is FAT that they are un-fit!

Give it a moment of thought and you can probably come up with a lot of FAT aka LARGE people who are healthy, athletic folks.  Can we say “American Football?”  How about Olympic shot putters? And oodles of others!

BUT this series of posts is about my personal experiences and I, unfortunately did not win the genetic lottery that allows me to be both fat and healthy.

For me, healthy is a hell of a lot thinner than what I am now!  I know! 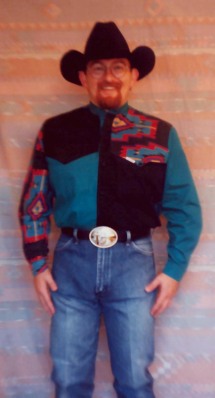 I just finished doing a Photo Timeline and jaunt down memory lane that laid out to me to myself once and for all just where the demarcation line is for me between healthy and unhealthy and the evidence is undeniable.

When I am healthy and at my fittest, I am thin.

In fact, back in the day, when I was at my very fittest and most athletic and down in the “Olympic Athlete” range of body fat, people actually asked me if I were sick.  Uhmmm, no, quite the opposite actually.  So, appearances can be deceiving!

That being said, for me, and for a LOT of people, my FATness is indeed an outward sign of, and a symptom of, me being UN-FIT! and UN-healthy!  And NOT in shape! For me fat and unhealthy and out-of-shape can indeed be used as synonyms.

So, for the rest of this series, we, dearest readers, thee and me, are going to agree to understand that when I say “fat” in this series of posts, I’m using it to be synonymous with “UN-healthy” and we are going to recognize that I’m doing so based on my personal experience and there are exceptions to that.

But frankly, it just takes so much damned effort to keep hemming and hawing when what I really want to do is VENT DRAMATICALLY and wail and wave my hands in the air, and rant and carry on to great passionate effect!  That is ever SO MUCH MORE AMUSING FOR YOU and enjoyable for me.

So for the next few posts Fat = unhealthy.  Then we can resume the PC after this series.

My Continuing Commentary on The Fat Trap

One thing that I really like about this article is that the author, on the advice of her editor, wrote a significant part of the article in first person.  She drew upon her own experiences in writing the story:

For years, the advice to the overweight and obese has been that we simply need to eat less and exercise more . . . 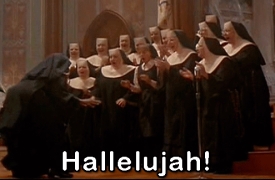 OMG Folks, can I ever relate to this!!!  Come on!  If it were as easy to get fit, and stay fit as simply “EATING LESS AND EXERCISING MORE” then there wouldn’t be a friggin EPIDEMIC OF OBESITY in the US, now WOULD THERE?

Amen Sister!  HA-le-LOU-YAH!  Preach on Sister, preach on… Preach it!

. . .While there is truth to this guidance, it fails to take into account that the human body continues to fight against weight loss long after dieting has stopped. This translates into a sobering reality: once we become fat, most of us, despite our best efforts, will probably stay fat.

The author is responding to the findings reported by the scientist/doctor she interviewed.  And she is very professional in her wording..

Well, I’m a blogger and not a reporter for the NY Times so I can say what we are all thinking:

Oh, I shouldn’t ridicule!  But, uhhhhhhmmmm

DUH! I could have told Mr. Scientist/Doctor-Dude that!  Any fat person could have TOLD him! 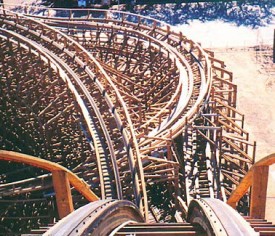 Welcome friends and neighbors to your local Fitness Theme Park!.  Many of you are repeat visitors with season passes!  Welcome and Welcome back! Welcome one and all!

Today for your very special enjoyment, today, we are offering UNLIMITED TRIPS on OUR MOST POP-U-LUR ride!

Come feel the drop of weight on the first plunge, around and around we go, up, down, up, down and then that slow climb back up to the peak and BAM we’re off and running again!

Ain’t it a thrill?

People are different on the inside too! 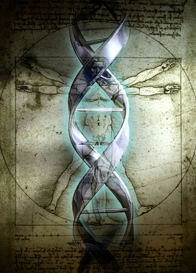 The next chunk of the article deals with the idea that some of us are genetically blessed.  Some of us get the mix of genes that makes it easier to become a painter or a dancer.  Some of get a talent for gaining weight and storing fat.

Researchers know that obesity tends to run in families, and recent science suggests that even the desire to eat higher-calorie foods may be influenced by heredity.

But untangling how much is genetic and how much is learned through family eating habits is difficult. What is clear is that some people appear to be prone to accumulating extra fat while others seem to be protected against it.

In other words, some of us get certain “abilities” as a result of the genetic lottery. Like a talent for music.

Of course, that doesn’t mean that because you have a knack for music that you’ll automatically become a rock star. Nope there is a whole lot of elbow grease that has to go along with that talent, BUT the point is that YOUR BODY starts you off with a certain propensity or inclination toward a certain result.

It is NOT “Just a lack of willpower!

The thing this section of the article caused me to realize is that I, like many before me, get really really angry with ourselves for “not sticking with it.” And when people inevitably fail at dieting, well society looks at them as weak-willed or lacking somehow in moral fiber.  Well folks it is NOT simply a lack of will power.  We should NOT beat ourselves up.  And society really needs to get over its collective self and lighten up a bit.  (sorry for the pun)

The findings, the researchers wrote, suggest a form of “biological determinism” that can make a person susceptible to weight gain or loss. 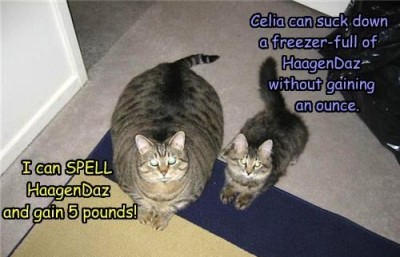 There is more and more research that shows that the human body is a VERY efficient storage device for FAT. It is like a hoarder who is constantly ready for the next apocalypse and who refuses to LET GO OF ANYTHING!

And if you do raid the hoarder’s house and clear the place out, once they move back in they IMMEDIATELY start piling up the stuff again — back to their old habits. BAM!

Sure it might be mildly funny when you see it on the six o’clock news, but that silly cardboard sign just ain’t gonna stop the storm from coming.

[the participants in the study] …ate 1,000 extra calories a day… That experimental binge should have translated into a weight gain of roughly 24 pounds [on each participant]. But some gained less than 10 pounds, while others gained as much as 29 pounds.

…you need someone to call 911, not toss you a bag of marshmallows! So… we now know (with scientific research to back us up)

Science arrives late at the party, but at least the verdict is in. The really bad news is the research shows is that if you are in the “naturally stores more fat” pool, then you have it bad both ways: like a double edge sword.

Trying not to kill the Genetically Lucky… 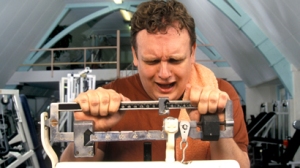 Naturally Skinny People and Naturally Fat People react to the extreme in both directions. Speaking as a person in the “naturally fat” camp… I just ain’t fair.  It sucks.  It stinks.  But it is the card I’ve been dealt so rant as I might, I have to deal with the reality of it.

Here’s what scientists are discovering: give the two groups the same calories +1,000 a day or -1,000 a day and have them move the same amount of time each day and… Tah Dah!

It is almost as if “Naturally Fat People” actually are MORE EFFICIENT at using the calories they get — they do not need as many to do the same work!

Did you catch that?  Let me repeat:

People in the “naturally fat” group do NOT BURN AS MANY CALORIES TO DO THE SAME WORK as a skinny person. I want to scream.  Just scream.  And hurt someone.  Where’s a skinny person?  They’d better run!  So…. 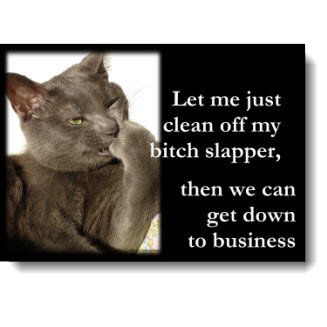 IN OTHER WORDS, A FAT PERSONS BODY IS ENERGY EFFICIENT. Given the same amount of calories, the fat person burns less of them and has more left over when the work is done.  So the excess energy gets stored as FAT!

NAWT FRIGGING FAIR!  — I think a bitch slap or two is in order…

So what do we do about it?

How do we “Naturally Fat People” avoid strangling the Naturally skinny people and wiping them off the face of the planet?

Oh, sorry, that wasn’t the question?

OK, how about, “How do ‘Naturally Fat People’ actually succeed at being a fit, healthy person?”

Because If you are fat and UN-healthy, then you need to do something.  And for most of us… “being fat” goes hand in hand with “being unhealthy and out-of-shape/un-fit”