← What is a Healthy Body Fat Percentage?
Start of a new journey… →

Sometimes life gets in the way of living… 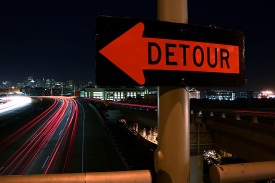 Ah… the proverbial path littered with “good intentions”.  I know thee well.  It’s been about two weeks since I’ve posted.

First some housekeeping:  I’m still trying to get back into the groove and routine of being on Jenny Craig.  Notice that I said “trying”.  *sigh*  More on that in another post.  Second, I’ll try to catch up the weekly progress photos and charts this weekend.  I took the photos and I have the data but haven’t had time to post them yet.  There is no real visible difference yet in the photos and alas, my net weight remains almost the same. 😦

The big news and the reason I’ve been not blogging is that I’ve had drama in my life: things going on at work,  a couple unexpected car repairs and, dealing with the realization that I can’t afford to do ProAms at the UCWDC World Championships in Jan.  Ugh.  Bleech even!  Paatooie!  With all that, I’ve not had a lot of time for the blog.

I haven’t talked a lot yet about dancing here on the blog.  So a bit of background for those of you who are not into the sport of Country Western Dancing: “ProAm” is a concatenation of two words: Professional and Amateur.  The ProAm division is where a Coach or “Professional” dancer teams up with a student or “Amateur” dancer.  Both dance together on the floor during the competition, however, only the student is judged in the competition and receives a score.  The Pro’s job is to be on the floor with the student, dancing, and try to make the student look as good as possible and to help them out, if possible, during any glitches…things like the student forgetting what comes next in the routine.  Not that has EVER happened to me!    If you believe that then send me your credit cards and your bank account routing number so that I can deposit a kabillion-zillion dollars into your account. 😉

Anyway… I do digress at times don’t I?  Moving on…  So, when I say that “I can’t do ProAms at Worlds”, this… Is. A. BIG. DEAL!.  *sigh*   I mean my life pretty much consists of working, dancing, and all that boring stuff like doing laundry, paying bills, showering, visiting the little dancer’s room, etc.  Eeew!  Maybe I shouldn’t have mentioned that last one.  You know the stuff that everyone does but isn’t generally the topic of a blog entry.  So, once you take out all that “routine” stuff, that leaves “Work” and “Dancing”.  So, for me to make the decision that I’m only going to compete in Couples at Worlds, this is an earth-shaking development.  All year-long you work and prepare for going to Worlds.  So to have to give up a chunk of those plans when we’re only a few months away sucks in a big way.

The bottom line is that there has just been too many unexpected expenses this year and my credit cards are charged almost to the max.  I have to get those cards paid down because the interest on them are outrageous.  It must be nice to be a huge wall street bank and get almost zero interest loans from the Fed.  Alas, my interest rates are all in the 17% to 24% range.  So, there just isn’t the money to compete in line, couples and ProAm this year.  Pro-Am is definitely out and not going to happen at Worlds.  I *might* be able to do line dance this year, but I won’t know until I crunch the numbers this weekend.  At least, I know that I’ll be able to afford couples.  Yay!

Watch for a flurry of posts this weekend.  Keep your fingers crossed that when I finish crunching numbers that I’ll at least be able to do both line and couples.  My gut tells me that it won’t be possible but…maybe the numbers will prove to be favorable or maybe I’ll win the lottery this weekend.

← What is a Healthy Body Fat Percentage?
Start of a new journey… →