← The moral of this story… START SLOW!
Exercise – Rest – Exercise →

If you are jumping into this series in the middle, things will make a lot more sense if you go back and read the entries from the beginning of this month:

or if you like to play it fast and loose, here is the brief “update” to kinda sorta bring you up to speed: 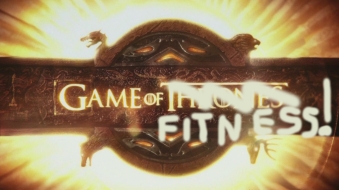 Previously on the “Game of Fitness…”

Our intrepid adventurer had begun a reboot of his journey to health and fitness:

Our intrepid adventurer was LAID LOW by the vileest of deviltry!  He pulled a  muscle that made it difficult to do just about anything, even sitting was painful!

Performing “the activity that shall not be named…” was but an impossible dream!

But fear not, time has passed and healed our hero’s wound.

Ok, ok, enough with the voice over dude already!   You have to forgive him, folks, he doesn’t get out much.  🙂

The good newsis that the muscle-pull in my lower abdomen has healed up.  It is still a little sore, but I can now walk down the hallway in my apartment without holding onto the walls and grunting in pain with every step.

So this week, here are my “activity” goals — those things which will raise my heart rate high enough and tax my respiratory systems to such a degree that by any definition in the book it qualifies as exerc—  ahem “the activity that shall not be named!”   😉

Goals for the week:

Before anyone laughs aloud at my list one must recall that at my present level of fitness these mundane tasks and very light levels of exertions, are for me, major challenges.

Allow me to elaborate by picking up where I left off  “in the series” . . .

. . . a thought so amazing, insightful and revelatory, that I simply MUST share it with you:

“I have no choice”

But, given the two options facing me, making the choice is very very easy:

I am standing at a fork in the road:

One path leads to a fit, healthy, happy dancing me.

The other path leads to a horrible miserable shadow of a life, one with an eventual heart attack, stroke, or something just as dire and one that that well, uhmmm, eventually results in early death.

Perhaps, dearest readers, the seriousness of where I find myself at this moment in my life is becoming clear?

Yeah, it kinda WHAPPED me over the head like the proverbial ton of bricks too!

Not to put too fine a point on it, but coming to this realization has basically scared the living shit out of me!  It has!

Let me tell you, it is not an easy thing to look into the mirror and see your own mortality starring back at you giggling with anticipation at snipping off your thread of life early.

Well folks I was at that fork in the road on Friday night, May 2nd.  And I made my choice.

On Saturday, the 3rd, I took the first step down the path to dancing, and fitness and health.  Literally, I took a step, out my door and took a walk in the park.

Even though I’ve made my choice about which path I’m following from now on, is still a scary tentative kinda thing because the roads have not diverged very far…   YET.

On Four days earlier this month, before my “injury” temporarily sidelined me…

When you put it that way, it doesn’t sound like much does it?  I mean this is the kind of routine boring stuff that folks around the world do every single day.

To drive the point home…  Here is the briefest, most non-drama, non-“Tony-story”-version that I can give you. 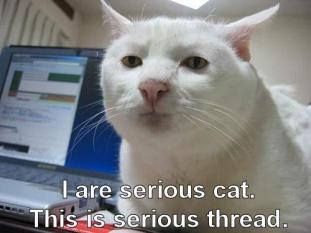 Here is what happened as a result of this “sequence of activity” of the first four days  I give you “The facts, jus da facts…”

Mark your calendar… Because for once, I’m being serious . . .

Folks, I know that I tend to be the “drama queen of the universe” here on this blog, because well, it’s funny and it is entertaining.

And truth be known, there is actually quite a bit of “drama queen” in my not-blogging-real-world “in the flesh” personality.

But here on the blog, I tend to deliberately emphasize it more than I do in person. It is a carefully thought out, stylistic writing choice.  See?  “I haz a smarts!”

But folks, there’s no drama to be found, not right now.  Not in describing this situation.  Not in trying to convey to you readers just how bad things are for me right now.

My inner drama queen is in complete agreement with me.  This is a time to be serious; I am not joking in any way.

So, for the record —  write it down on your calendars! I am as serious as you will ever probably see me either in person, or on this blog, when I say…

My fitness level is abysmal!

Not being able to do something as simple as standing up out of my chair without assistance is scary as shit!

Being in this situation, I find it very natural and easy for me to slide into “blaming myself” but I am not going to fall into that trap.  I am going to look forward, not back.  If I do look back it is only to learn from mistakes, not to wallow in self blame or self pity.  Because . . .

It doesn’t really matter HOW or WHY I am where I am, at this moment.

It doesn’t matter where I’ve been.  What matters is where I am now, and where I’m going!

The fact on the ground is that four days of quote-unquote “normal activities” produced a situation where I could not stand up.  That definitely gets ones attention.

How is not important.  That I am here, now, at a terribly low level of fitness and health IS important.

And “here” is a very awful place that I do not want to be.

Don’t believe me?  Do a quick Google search.  You’ll find hundreds of photos and stories of people for whom it IS worse!  Yes, people in worse physical shape than Moi!

Putting it all in perspective . . .

Let’s do a mental exercise in order to put it this whole thing into perspective using a sliding scale made up by little ole me . . . 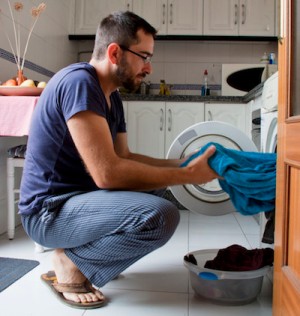 Most of the people in the world
including a lot of you fine folks reading this right now find . . . 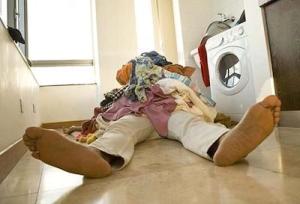 … and then there are people in worse levels of health, who literally are so out of shape that
they need wheelchairs and motor scooters to move from place to place because
they can no longer support their own weight. 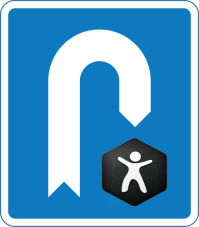 Folks I am not going further down that sliding scale.  I’ve gone far enough thank you very much!

This is where I stop and turn around.

On the edge of a giant canyon, on one of those narrow ridges jutting out into the air, coming to a sharp point of rock overhanging the space below it  Looking down you would glimpse only a distant and tiny sliver of water winding its way along the bottom.  The proverbial wind is blowing and I feel that one false step, one wrong move, will send me plummeting past the point of no return.

But on the bright side… 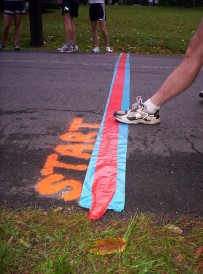 And trust me, in spite of it all, I really am a “glass half full kind of guy”

I’ve gone to the doctor.

I have begun an exercise regimen.  And I’m sticking to it.  At the end of each “exercise” I’m setting a goal for the next one.  My next exercise is “today” and it is some domestic chores.

Every day since the beginning of the month, I’ve chosen 3 or 4 “tasks” and I’ve done them.  Domestic chore things really some requiring movement and some that are “computer” things that I can do while sitting, but the point being that I’ve not just listed them.  I put a time next to them and made a “schedule for the day of them”  AND … applause, please… I’ve actually carried out most of them — 90% of them approximately.

To be literary about it…

I’ve taken the first few steps down the path toward physical & mental health, fitness, dancing, and generally getting my life back on track.  I’ve taken a few hesitant steps back away from the edge of the abyss.

The wind is still blowing and a mis-step is a real possibility but at least I have begun.  We are at the beginning of the beginning.

To paraphrase Bilbo Baggins, garden gates are dangerous things.  You don’t know where you’ll end up when you go through them…

I just looked up the actual quote… The Interwebz is an amazing thing:

“It’s a dangerous business, Frodo, going out your door. You step onto the road, and if you don’t keep your feet, there’s no knowing where you might be swept off to.”

So there you have it.  My humble attempt to describe in no uncertain terms “where I am” so that when I get where I am going I can look back and say “Wow!  I’ve come a long way.”

And so that when I say “I did laundry today” you, my dearest readers, (and the two distant cousins who read this blog) can understand that this is no mere household chore being done, it is an achievement deserving of applause and congratulations!

See ya on the dance floor (eventually)

← The moral of this story… START SLOW!
Exercise – Rest – Exercise →