← I Feel Special! — Someone Blogged about “Moi”
Babies, Line Dance Workshops and Headed to the Texas Classic →

Forgive me dear readers for I have sinned.

I have been partaking of the chips (well, not whole bags full, I’ve eaten them as part of lunch with a sandwich)…

… and of the Jack in the Box (though I have been getting the Chicken Fajita Pita, the healthiest thing on their menu).

Yea though I seek to walk through the valley of the Non-Fat, I have partaken of the Half-n-Half (though only a little bit in each cup of coffee, not a third of the container at a time or anything like that!)…

… and the real cheese, both the sharp cheddar and the Swiss (though only a single slice on each sandwich).

Succumbed to that evil temptress…

Though I did go light on the sour cream, cheese and I got the beans and extra rice and extra salsas…  And It was only once, Hmmm twice, in the past two and a half weeks.

Right now.  I weigh 277 pounds.   That’s ten pounds lost since March.  Though most of that has happened in the past two and a half weeks; I lost 1 pound two weeks ago, six pounds last week and  three pounds this week.

The difference really isn’t in how I’m eating.  It’s in how I’m moving.  I’m dancing.  A lot.  My stamina is increasing,  I can feel my muscles getting stronger, especially my legs.

I’ve started on a positive trajectory.  It is just a start but it will continue!

One of my lenses over at Squidoo on “Top 10 Line Dances from the World Line Dance Newsletter” has moved below the 10,000 rank putting it into Tier Two level.  Yay! 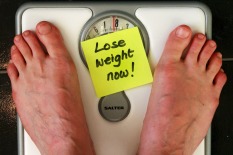 I have been far more focused on trying to get myself in a position where I can turn dancing and writing into a paying endeavor.  Though I have gone by Jenny Craig a couple of times over the past three weeks and I have a full weeks worth of Jenny Food in the fridge, I haven’t been following the Jenny Menu.

So, frankly I’m surprised by my weight loss.  I haven’t been “trying” to lose weight.  It has just happened.   And that may be the new mental trick that will actually facilitate my success in my health goals.

A matter of focus…

I’ve been focused on things like getting enough sleep.  Exercising enough to stress the body, encouraging it to adapt, but not enough to injure myself.  Focusing on dance technique.  Focusing on upcoming events and competitions.

I’ve been focusing this week, a lot, on building my writing skills on Squidoo, learning the ropes there, trying to create lenses that will produce money, eventually. 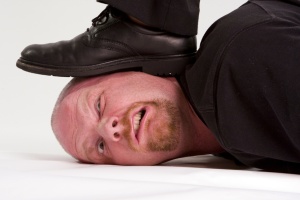 Have I mentioned yet in this blog post that  I really, REALLY reeeeeeeeeellllllllleeeeeeeee DO NOT want to go back to the 9-5 grind?  Check out the photo to the right…that pretty much sums up how I feel.  And I literally laughed aloud when I spotted it on the clip art website!  🙂

My focus, dearest readers, all six of you reading this, has NOT been on losing weight.  It has been on living — living a healthy lifestyle.

Yes, I’ve sinned, but my sins have been balanced by a measure of common sense.

Yes, I’ve hit Sonic and Jack in the Box and *sigh* Chipotle,butI’ve not been eating at fast food places and restaurants three times a day like I used to do all the time.  And when I have gone, I’ve made fairly decent choices as to the food I’ve gotten.

So, all in all, we’ll chalk this week up as a win.

← I Feel Special! — Someone Blogged about “Moi”
Babies, Line Dance Workshops and Headed to the Texas Classic →